Berlin aims to become climate-neutral by 2045. To achieve this goal, Berliner Stadtwerke was founded in 2014. As a municipal energy utility, we supply households in the Berlin-Brandenburg metropolitan region with pure green electricity and are pushing ahead with the realization of the Solarcity Berlin master plan. Since our founding, we have invested over 105 million euros in the expansion of renewable energies and have implemented almost 40 percent of the newly installed solar capacity in the city in recent years. Including our wind power plants, we generated about 90,500 MWh of green electricity in 2021 alone and were able to save 70,000 tons of CO2 with our projects. In addition, we have been responsible for expanding and operating the public charging infrastructure in Berlin since July 2022. With around 2,000 new charging points by 2030, we want to make electromobility an attractive alternative to internal combustion vehicles and thus also promote climate neutrality at this level. Through pioneering projects and strong partnerships, we have made a name for ourselves as pioneers of Berlin’s energy transition. 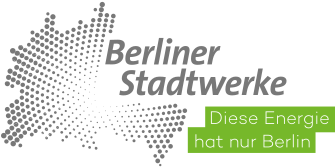